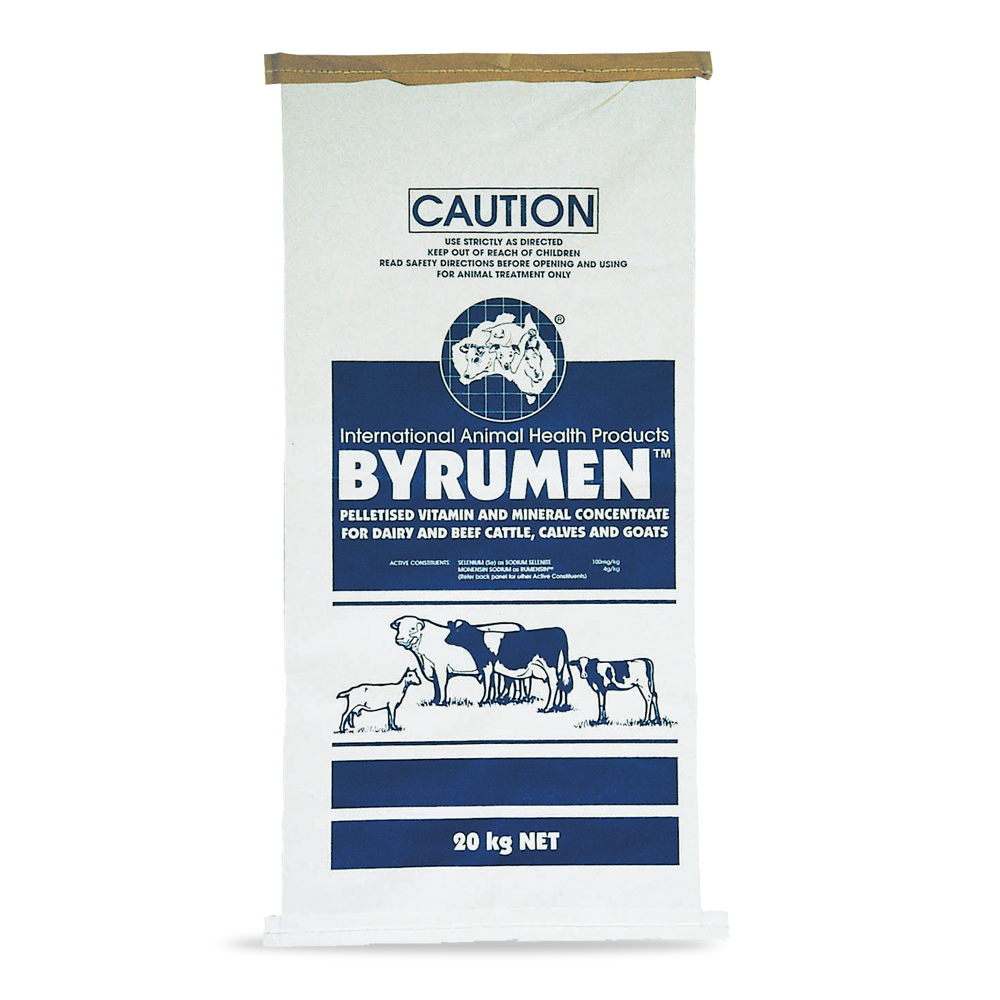 Find A Store near you
Details & Specs

A concentrate of vitamins and trace-minerals with the production enhancer, monensin sodium, in a pellet form for convenience in handling and even distribution throughout feed. SE/WD BYRUMEN has been specifically formulated with high levels of copper, cobalt and selenium for dairy cows grazing on pasture inherently deficient in these trace-minerals such as those commonly found in the south-east districts of South Australia and the western districts region of Victoria. Feed additives maybe added (conditions apply) including Flaveco, Moneco, Protexin, Toxibind, Tyleco and some prescribed medications but only as directed by a veterinarian. Now also available with Calcium