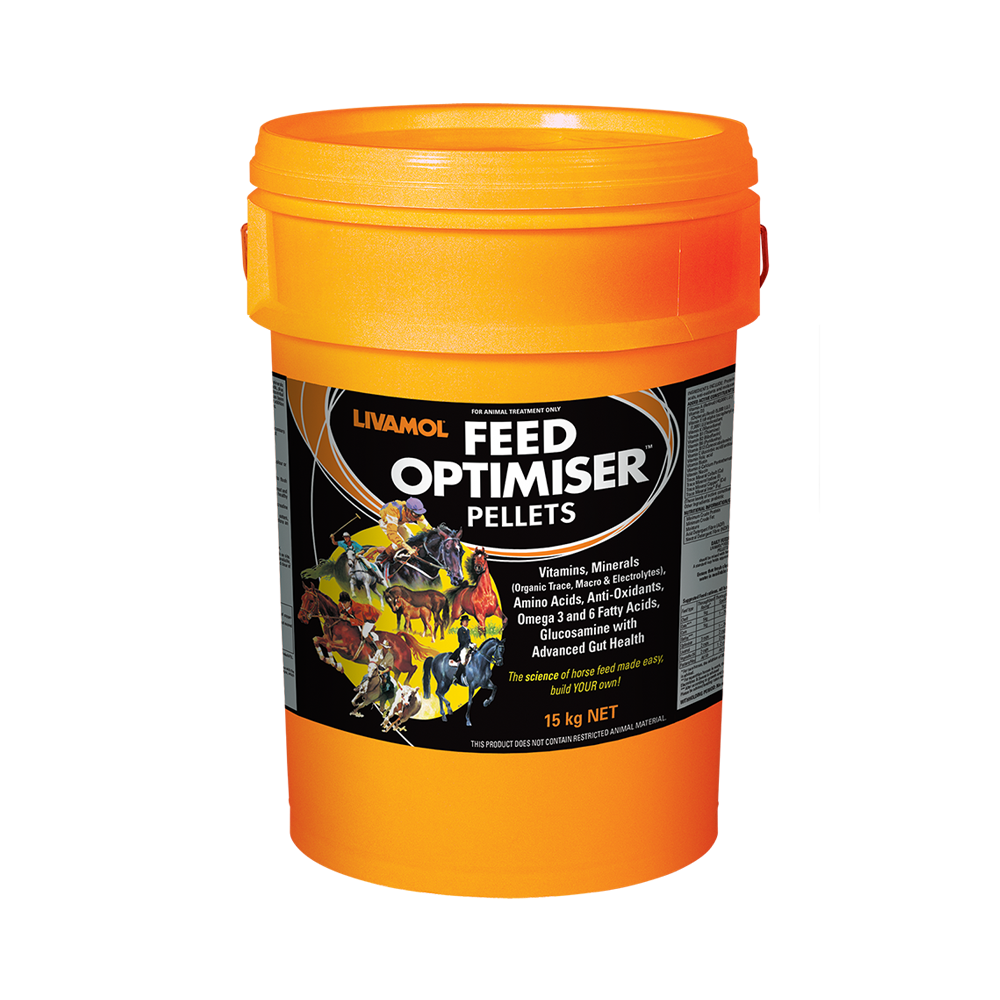 We have been using Livamol Optimiser for the past 2 years. We noticed an immediate difference within 10 days to all our broodmare's coats. Since then we have had fewer X-ray issues with our yearlings and the fertility of our mares have increased with less repeat visits to the stallion. We have also found that this product is excellent for horses that have hoof issues.

We have already recommended this product to a top trainer and horse pre-trainer in the Waikato.

Our yearling draft sales average has also increased and we have sold to trainers such as Chris Waller, Gai Waterhouse, Phillip Stokes and Richard Laming.

We have no hesitation recommending Livamol Optimiser to anyone who wants to improve the performance of their horses, broodmare band and yearling draft. 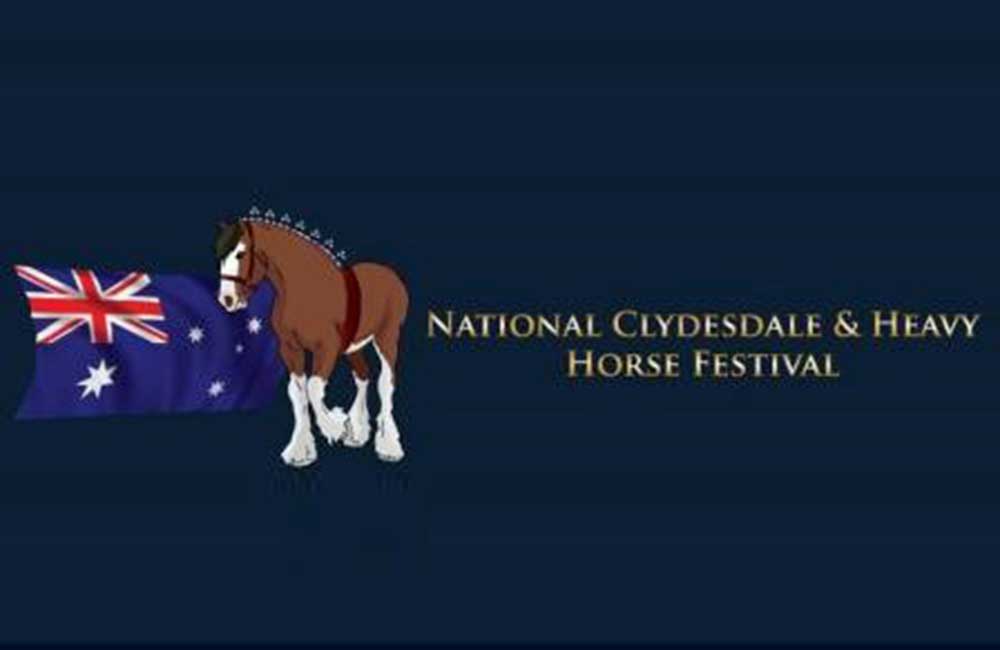 We truly appreciate your support and generous donation, your contribution dramatically helps us develop and succeed for future events and without your involvement and generosity, we would not be able to continue.

It is truly rewarding for our small band of volunteers to hold an inspiring weekend for all heavy horse enthusiasts as well as contributing to the greater need of the community. We had over 375 entries with 100 heavy horses competing over 2 days, with a steady flow of spectators watching on, getting involved and enjoying our show.

It is a joy to see exhibitor’s young and old joining together to maintain, nurture and preserve the history & tradition of the Australian heavy horse breeds.

Thank you again for your generous support and we hope to continue our relationship and look forward to another successful festival in 2018, the date has been set for January 27th & 28th (Australia Day Long Weekend) at the Werribee Park National Equestrian Centre.

I will touch base again later in the year to see whether you would like to continue to sponsor our Festival by way of your products. 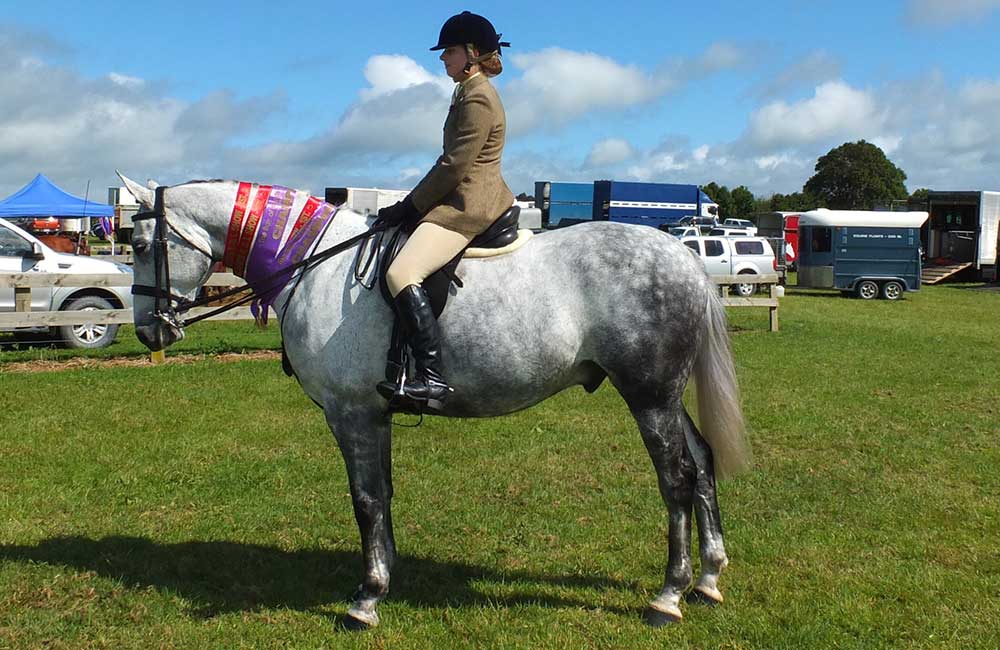 Just thought I would send these pictures through to you of my horse Fiachra and I competing at the Bay of Islands A&P Show last weekend.

I think these results are a real testament to the Livamol products. 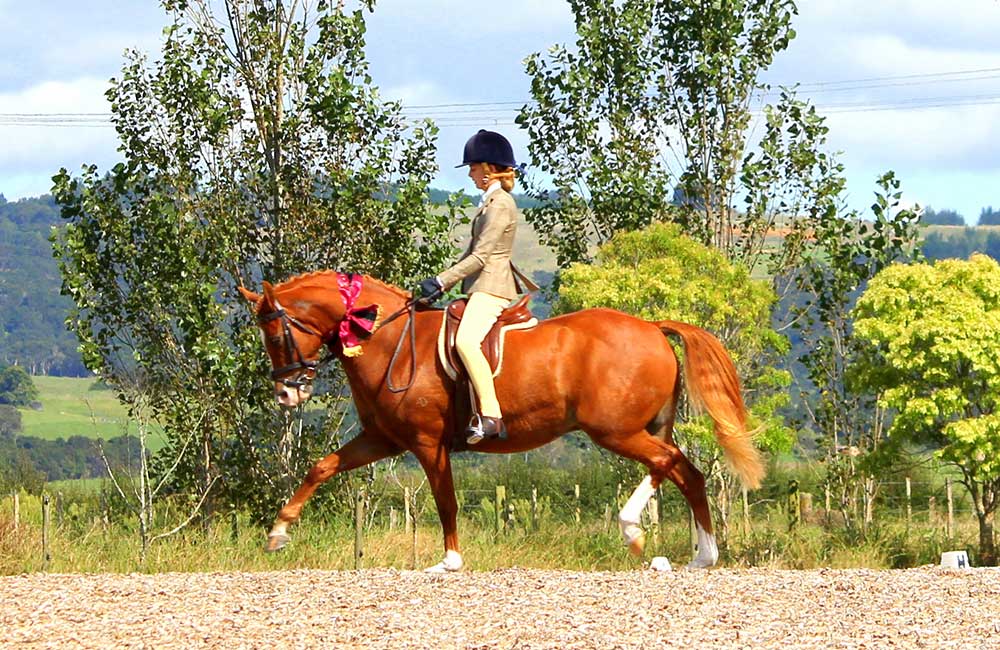 Just thought we would drop you a quick email to introduce ourselves and express how very happy we are to have the support of Howard Morrisison on behalf of IAH.

We can already say we are most impressed with the Sootha Nerves & Stress and where last season we could not take two of the ponies out to competitions together due to separation anxiety, we have had 2 recent test runs at dressage competitions with both ponies preforming well and minimal stress with separation - so this season is starting on a very positive note and we are most excited at the prospect we don't have to split shows and can take them out together!

Isabella was very successful last season winning many Regional and National titles in her Registered Dressage division including the prestigious title of Champion L2 Pony at Horse of The Year. Bella was also very successful as a Young Rider Champ and was selected for inter island challenges and won every season series Titles she entered. This year sees Bella and her pony Prima Bella (by Davidoff imp GRP) stepping up a level along with debuting in Dressage her young but very talented pony A D Dennache (by Hilkens Denali imp GRP).

Both ponies are German Riding Ponies with international breeding acclaim and very closely watched across NZ, Australia & Europe with regular posts on social media via the Importers and Breeding establishements of the Sires to both ponies. Prima Bella in March this year was awarded Elite Status from the Warmblood Assessment tour inspector all the way from Germany....we are most excited for her future in competition and breeding.

A D Dennache as a youngster in hand and under saddle has been doing well with 2 Supreme Champion Titles to his credit - we are also very excited about his future as the last two shows have seen him awarded very high percentages iwth his debut in registered Dressage.

With our showing background the ponies are turned out to a very high standard and much admired with many asking how we keep them both looking so amazing - the Livamol and shampoos and finishing sprays are very very appreciated and I speak highly of them.

I have attached a couple of photos so you know who Isabella and her ponies are please look her up on FB. We look forward to the journey ahead!! 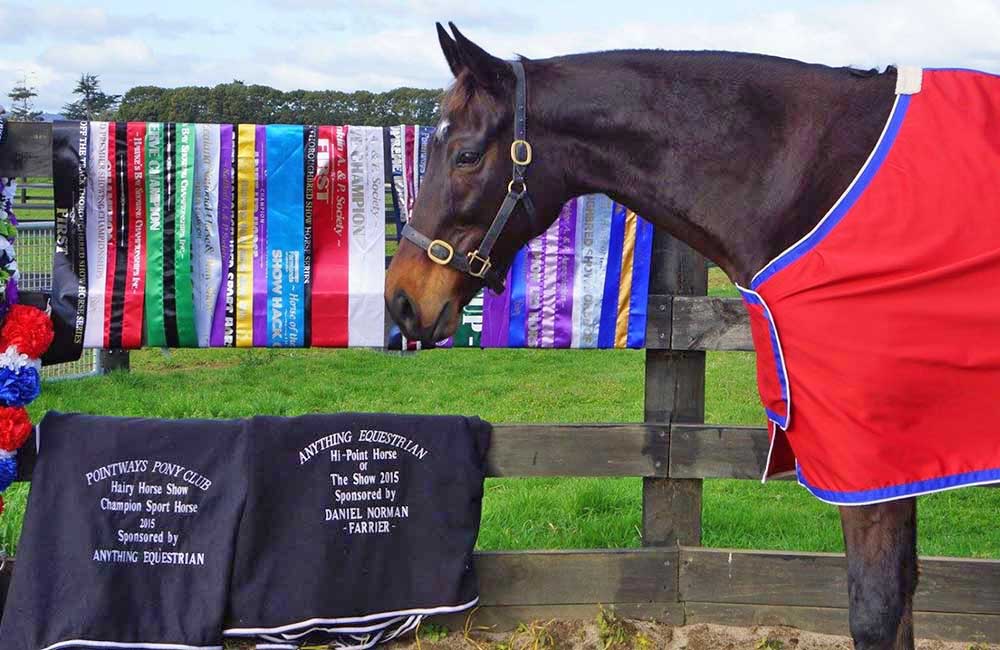 Villa Park Stud - "What a great season we have had! My Kingdom (Duke) had a fantastic first season off the track in his new role as a Show Hack, he has won:

A big thank you to International Animal Health Products (Livamol) for their support over the 2015/16 season to have Duke and I looking amazing. We couldn't have asked for a more supportive sponsorship with Dukes supplements and calming paste. We have told lots of people about your amazing products and lots of showies are now using them which is fantastic.

We have an exciting next season for Duke as we will be taking him to Sydney in April 2017 to compete at Equifest, Show Horse Council Australasia Grand Nationals and Sydney Royal!!! We hope that we can continue Dukes sponsorship with your company for the upcoming 2016/17 season. And we will certainly promote our sponsorship both in NZ and Australia.

"Duke is now enjoying his well earned break while we await the arrival of Little Miss Copeman in August."

I would like to congratulate you on such a wonderful product Sootha that you manufacture. We came across a T/bred 4 year old only off the track for little under a year and she had already gone through three owners within the year, she was mistreated and had quite some behaviour issues that was very concerning as she was very aggressive and difficult to handle and ride as well she suffered terrible spasmodic colic and found that she was very uptight about life in general. I searched for a product to help her relax and work towards her reaching her full potential and make her feel safe and more to the point help her colic episodes. Since the introduction of Sootha in July 2012 she has not had a colic episode and the horses attitude has improved ten fold, whilst keeping in mind having a steady ownership in someone she can now rely on and feel safe around has obviously been a key factor in building a better relationship this has been possible mostly due to your product. She is now working well and is a much safer more relaxed horse to work around with a whole new look on life. So thankyou very much and keep up the great work.

A friend of ours had an older horse that they had really struggled to get in good condition. After feeding Livamol for a few weeks there was a marked improvement in the horse's condition. We had struggled to control itching in our horses over the last few years. Horses that had not had itch developed the complaint. We had the idea that using Livamol could assist to control itch by having our cutting horses coats in good condition prior to summer. Feeding Livamol commenced in late winter, during spring we received many comments about how good our horses looked. So far this summer we haven't had to use hooded fly masks compared to the last 2 years and the level of itching is definitely reduced.